The TAK-100 Air Attack Kit from Technisonic is a product designed specifically for the US Forest Service to provide supplementary communications as required by USFS for fire fighting operations in fixed-wing aircraft. 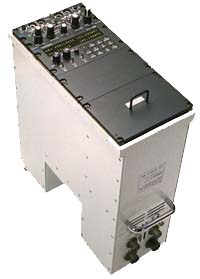 The unit was designed to mount between the two front seats of either a high or low wing light aircraft, plug into the exiting 14 VDC or 28 VDC aircraft power as well as interface with existing aircraft communications equipment which it does via the existing pilot’s headset jacks. Support is provided for a pilot and/or a co-pilot or front seat observer as well as two rear seat observers. The integral TAC-250 audio controller allows for PTT, live or vox ICS, independent radio selection, and simultaneous operation by either the pilot or right seat occupant as well as simulcast (simultaneous transmission on multiple frequencies). The TAK-100 provides support for two Technisonic transceivers consisting of any TFM-138 series, TFM-30, TFM-403 or TDFM-136, or a single TFM-500 multi-band transceiver. Additional support is provided for up to two aux FM transceivers. The TAK-100 panel is back lit and provides integral headset jacks for the pilot and co-pilot positions as well as independent PTT. Dimensions: H 15 in x W 5.83 in x L 15.7. Weight including dual TFM series transceivers 19.5 Lbs. TiL Air Attack Kit part no. 991094-1